Smoozz immediately wows with the wonderful opening cut 'You Bring Me Sunshine' off the Dig This! album. Jazz and House fuse and the continuation of the blending of genres proceeds with 'Under The Moonlight'. Hip-Hop, Easy Listening and Jazz all inhabit the second track. The musical montage continues with an homage to the late Jim Morrison and The Doors with an instrumental cover of their 1971 hit 'Riders On The Storm'. The trudging bassline is nonstop while guitar and horn solos take the listener along on the ride. 'Don't Believe Her' sports a down tempo House groove, slowing down the pace along with 'Springtime', a smooth track which has sophisticated solos alongside Jazzy Scatting above another Easy Listening backdrop. Returning to speed 'Joy' brings the funk, a driving bassline and drum beat keep the listener in motion and Soulful vocals and horns only add to the excitement. The album closes with 'Feel The Love' tying in all the musical influences and the vast array of instrumentation and feeling. Dig This! is definitely an album any true music fan will enjoy, the combination of elements from the biggest genres, Funk, House, Jazz, and R&B are bound to connect with listeners in every corner of the musical world. MyriadMuzik.com

He’s love for music began at a young age. As a child he enjoyed playing the piano and joined several school bands as a drummer and bassplayer in the late sixties. In the seventies, Pepe took up playing the guitar, who finally became the No 1 instrument. SMOOZZ mentions the Beatles, BB King, John Mayall, Average White Band, Atlanta Rhythm Section, Brecker Brothers, Bob James, Stuff, Etta James and many many more, as some of the music legends that he draws his inspiration from.

In the seventies SMOOZZ studied to be a graphic designer but still kept his love for music. He started playing in a top ten professional band that travelled all over Europe. He went back to the studios in the eighties and nineties to work with Country, Rock’n Roll and Blues artists with whom he did live shows too. SMOOZZ also began working as an IT-service specialist in the nineties and since then he’s a freelance musician and IT-specialist for short time projects.

SMOOZZ has several years’ experience in intensive writing, producing and recording of his own, styles overlapping music, done in his home recording studio where most of the creative work is done. Using his feelings to bring out good music as well as working with Reaper, Samples, Loops & Midi, playing guitars & keys, working out drum programmings to feed and nurture his imagination.
This all culminates into the latest music project called «SMOOZZ», producing the SMOOZZ «zzzzzz» debut album.
By the way….all music by SMOOZZ will be in 432 Hz-Tuning.
«After an album is before next album – that’s why I continuous write and produce songs.»

Don’t let the clever title that some interpret as a euphemism for “sleep” fool you! Swiss based composer, producer and multi-instrumentalist Pepe Mueller, aka SMOOZZ, shines bright morning sunshine with his high energy mix of pop, soul, funk, jazz and reggae vibes. Drawing on SMOOZZ’s background playing with country, rock and blues artists, ZZZZZZ is a high energy showcase for some soulful keyboard playing and especially his electrifying guitar lines. Get ready for some action packed SMOOZZ Jazz with ZZZZZZ! 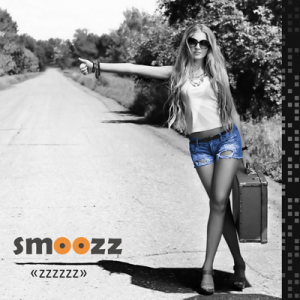 Text-to-speech function is limited to 200 characters

Incredible how I meet great people down here. The most impressing... here, the people live much more from the heart than in Europe, great! My believe in the good has definitely grown. 22.06.2019
Read more

Riders on the storm